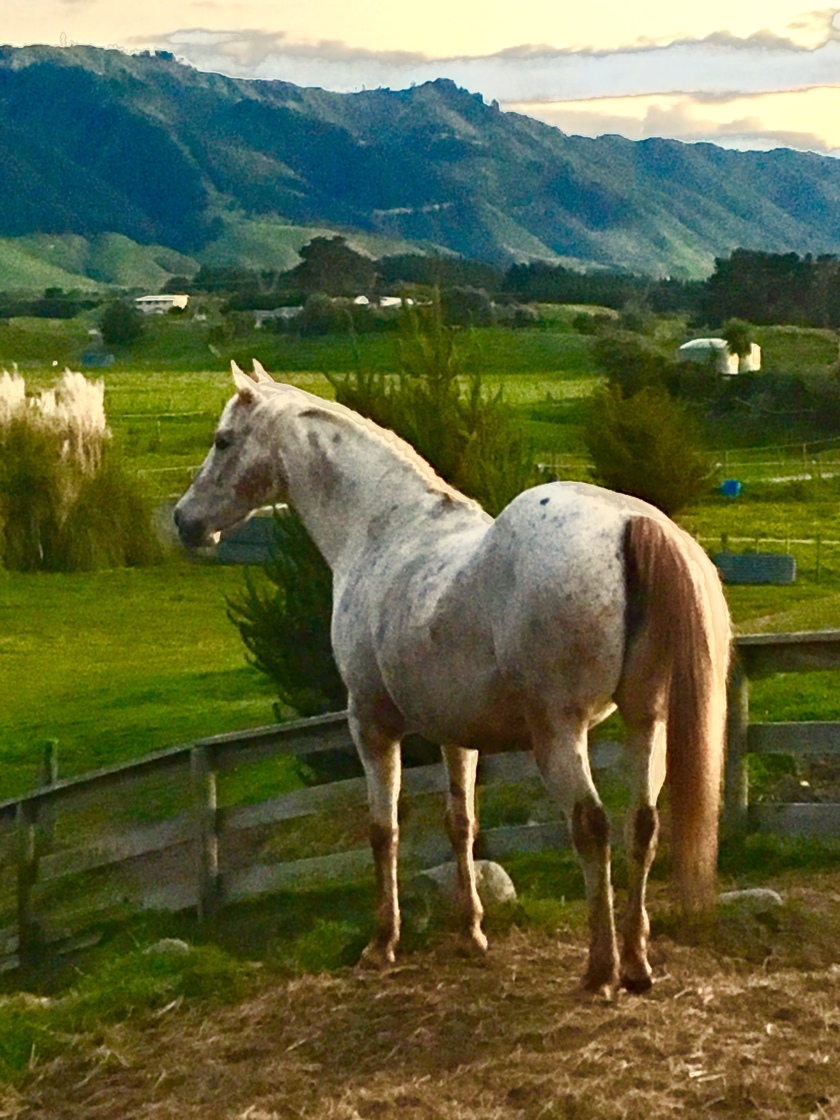 At least, I hope she did.

Saturday morning began gloriously, the birds were singing, it was soft and warm. An invitation to take a ride. All three of my beauties in the home paddock were keen so we decided we would all go. Saddling was a joyful activity as Apache parked for her tack, Magic offered kisses, and inspired by a click, McCoy was handing me the pad, the saddle, a dog toy, some hay and a helpful ice cream container (which he found distressingly empty in the tack shed). It was a very interactive activity.

Apache was soon tacked up, relaxed, connected and engaged, and McCoy and Magic haltered up and ready. I put my helmet on, turned around… and everything had changed.

Apache was standing in the same space, but totally tense. Her head was twisting, ears airplaned, and actual tremors running through her body. I reached out in concern as she flinched sideways- what on earth was the matter? It seemed her focus was on her Self, and I thought maybe the saddle? I released the girth, checked for obvious discomfort, no change. At this point McCoy came over and put his chin on her withers. I have seen him do this with his herd before when they are in distress; he becomes the calm reassurance they need, the leader expressed as a Nurturer. His focus, like mine, was on Herd- specifically Apache. She flinched sideways again, away from the garden and into McCoy. He pressed her wither with his chin, breathing. I looked around.

I checked Magic, our most likely Sentinal, and she was staring into the garden, intense. That was when I realised all the bird song had stopped. But something was moving. A scurry, a pause. In the dark underbrush our magnificent black cat Jasper suddenly resolved out of the shadows and into sight, a tiny sparrow laying terrified before him, spasming. He pounced, and released. Apache flinched again.

Was it too late? I stepped between the outraged cat and his victim, and scooped up the poor tiny one, who trembled in my hand. I examined her- wings ok, no blood. Apache was now watching me. I showed her the bird, and was struck by the similarity of symptoms. She breathed, I breathed, and the bird panted. I swiftly took the little one away from the attention and lay her gently in the dog run (the wire netting is big enough for a bird to get out but not so big that a cat can get in) and closed the door. Would she make it? Shock can kill birds.

Apache was still trembling, McCoy still had his head over her wither.

We all waited and breathed, until Apache could think and respond again. A change of plan. No beach today. She started coming back to us mentally, and so I asked her to move. She could. She wanted to.

We still went for our ride, but now the motive was to just walk off the stress. We walked and walked, kept it calm. She was still hyper reactive, she wanted to trot but would frighten herself, then head flick if I picked up the rein. I think possibly she needs some toxin binder too; Apache is prone to reacting to fungi and weird grass conditions. We walked until that stopped. Eventually we found the best layside grass patch, and everyone reset to calm grazing. The birds were singing again.

When we got home the dog run was empty. Perhaps the bird lived.

At least, I hope she did. 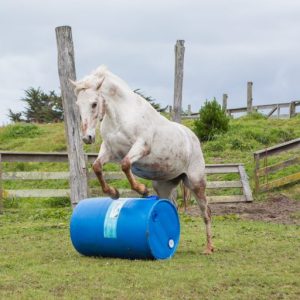